“The Wild West of Sweden”

Harold, you sure left me with a lot to sink my teeth into. You’ve made some interesting observations, especially in terms of the movies you referred to. The film “The Night of Counting the Years” was recommended to me while I was in Alexandria last year but I am yet to see it, so thanks for that reminder. Coincidentally I’ve also been looking into Egyptian hieroglyphs, not in relation to tattoos but while developing a font of my own. If time allows I will show a companion piece to “You’ll Never Walk Alone” where this font will play a part. It’s a readable roman alphabet but I’ve looked at Native American signs, hieroglyphs and Nordic runes during the process of creating it.

I imagine the figure in your work as an observer standing on the outside looking in, attempting to deconstruct a murky past from ruins, ashes and dust. The figure is hinted at through its very absence, like a ghost threatening to emerge. I believe that there is a very fine line between being enigmatic and pure obfuscation. When you strike the right balance it allows the viewer to enter your world without you having to fling the door wide open.

You are correct in that my work is about the figure, or a specific character, but I too have a deep interest in place and how it shapes our identity. Newspapers and media have called my Swedish hometown Avesta both “Little Chicago” and “The Wild West of Sweden” to describe the mentality that rules there. In the 70’s the local steel mill employed close to half the town population. My town shares certain characteristics with many other steel towns; it’s a bit rough around the edges and people like to enjoy a drink or two. My dad was in a sort of hillbilly gang when he was young; they were driving classic American cars and in the weekends they would fight rivalling gangs from neighbouring towns. These feuds were highly territorial and this turf mentality is something that I’ve too been confronted with while growing up. 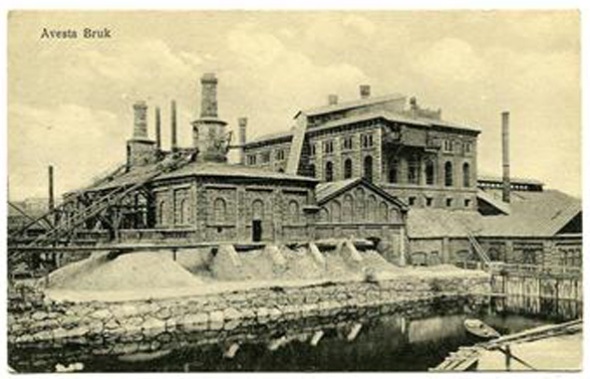 To boot, my dad’s illness have brought with it some unwanted anxieties. Agoraphobia is a condition that develops when a person begins to avoid spaces or situations associated with anxiety. Typical “phobic situations” might include driving, shopping, crowded places, traveling, standing in line, being alone, meetings and social gatherings.

In my search for an appropriate location and form for my video I chalked up all of these things mentioned above. I remember my dad once telling me the reasons why he doesn’t like to go to the city centre, which made me think of these old towns in western movies where people hide behind curtains before the big showdown. I find it fascinating how the characteristics of one place can easily be transposed to another place, across time and space. Just as my hometown would stand in for Al Capone’s Chicago, the deserts in Southern Spain were used to emulate the Wild West of America. Displacement is a tool that I utilize in my own art making.

Previously you mentioned that some of your images origin from Africa and South America and I wonder what that means to you. Did you go there to make art, or was art an unintended by-product of sightseeing during a vacation? Does it matter to you how it all came about, and how important is your personal background to what you do as an artist?

Looking forward to hearing more about it!

About 10 years ago my dad’s health rapidly deteriorated and he was told that his body couldn’t take being operated on no more. He had always wanted to have tattoos and decide to get inked before it was too late. It was during this time that he changed doctors to get a second opinion, and his new doctor managed to find possibilities where the old one had given up.

The song “You’ll Never Walk Alone” originally from the Rodgers and Hammerstein musical Carousel and later recorded by Liverpool musicians Gerry & The Pacemakers, is Liverpool FC’s club anthem and has been sung by the Anfield crowd since the early 1960s. It has since gained popularity among fans of other clubs around the world. The song’s title adorns the top of the Shankly Gates, which were unveiled on 2 August 1982 in memory of former manager Bill Shankly. The “You’ll Never Walk Alone” portion of the Shankly Gates is also reproduced on the club’s crest.

The title of my video refers both to the old, blurry Liverpool FC tattoo on my dads’s shoulder and to the fact that your sole permanent companion throughout life is also quite possibly your worst enemy; yourself. 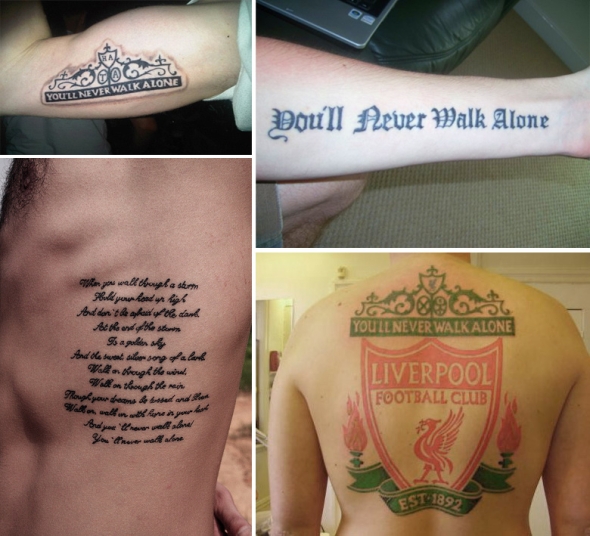 Perhaps I misunderstood your intention, and perhaps that was a good thing. I probably needed something to derail my thought process in order to get going with our mutual blog entries. For two days I was struggling to creatively write something as a response to your abstracted photos. Somehow they reminded me of…

I just got the idea of trying to recreate the chain of thoughts that lead up to the creation of a work. And perhaps this will also help me choose which work to show in Chicago… I decided to trace my steps backwards through the notes and pictures that I gathered leading up to shooting “You’ll Never Walk Alone” in the Spanish Tabernas Desert together with my dad. In his early teens my dad was diagnosed with Crohn’s, a disease of which the doctors knew very little back then. 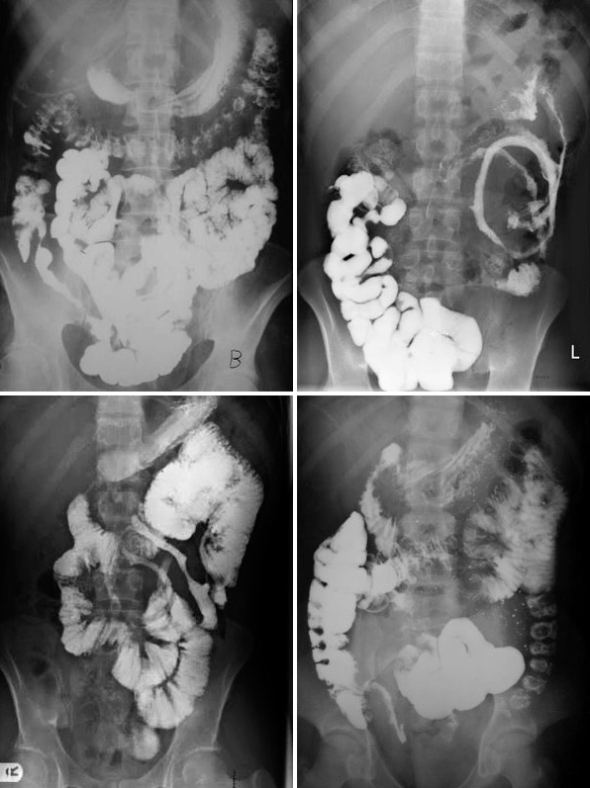 Crohn’s disease is thought to be an autoimmune disease, in which the body’s immune system attacks the gastrointestinal tract causing inflammation. It is thought to have a large environmental component as evidenced by a higher incidence in western industrialized nations compared to other parts of the world. (source: Wikipedia)

Your pictures reminded me of certain pictures that I was collecting while circling the subject of my father’s illness. Around this time I also decided that it was necessary that he should confront himself, visually, in order to illustrate the physical inner conflict of having his organs pretty much rejecting their own shell.

The pictures that you sent me made me think of the Crohn’s x-rays, but through their chemical alterations they also suggested mental landscapes, rather than physical ones. Is this something that you can elaborate on?

Greetings from a sunny Amsterdam!